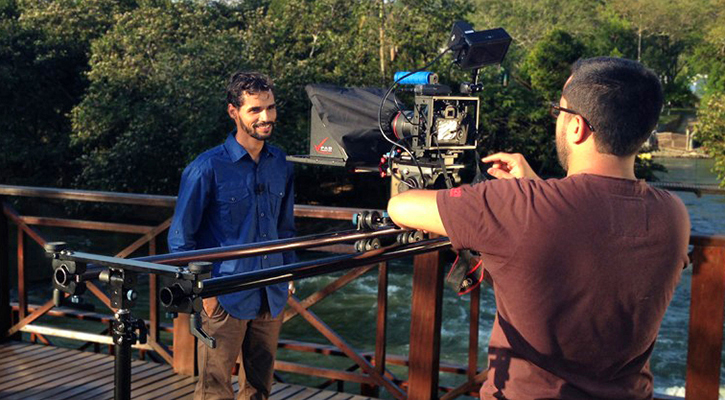 Bom Dia! Maranatha Mission Stories is going international.On April 10, 2015, Maranatha Histórias de Missão, a Portuguese version of Maranatha Mission Stories, premiered on Novo Tempo, a Christian television and radio network headquartered in Brazil. The show airs three times a week and can be viewed in South America, as well as Europe and parts of Africa.The program is similar to the English-language version with many of the same segments being translated into Portuguese. The goal is to introduce Maranatha’s mission to a new audience and encourage people to volunteer on a Maranatha project.Elmer Barbosa, Maranatha’s country director for Brazil, is the host. Barbosa, who is from Brazil, has been working for Maranatha since 2007, when he assisted with projects in Mozambique. Making his television debut, Barbosa is excited about sharing the mission of Maranatha with his home country.‘Seventh-day Adventists in Brazil have a passion for sharing the Gospel. Volunteering, like we do with Maranatha, is a new concept—but there is a great potential for mission work here,’ says Barbosa. ‘If Brazilians begin getting involved in Maranatha, there is no way to say the impact that it could have on the world.’Novo Tempo reaches an estimated 100 million people with a significant portion of the audience coming from outside the Adventist church. The network is an affiliate of The Hope Channel, the official television network of the Adventist Church.Learn more about Maranatha Histórias de Missão and our growing work in Brazil by going to maranathabrasil.com.br