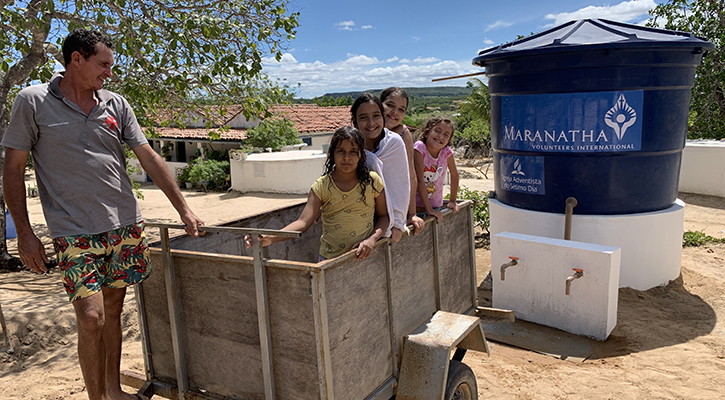 Maranatha Volunteers International is continuing to bring clean water to the arid desert region of Brazil. One of the most recent wells was drilled at the Sítio Lajedo Grande Seventh-day Adventist Church. The surrounding community had a well, but its water was salty. Using a technique called reverse osmosis, they were able to make sweet water; however, its output was limited. A family could count on around 32 gallons of water from this well each week. By comparison, the Environmental Protection Agency estimates that the average family in the United States uses more than 300 gallons of water each day. 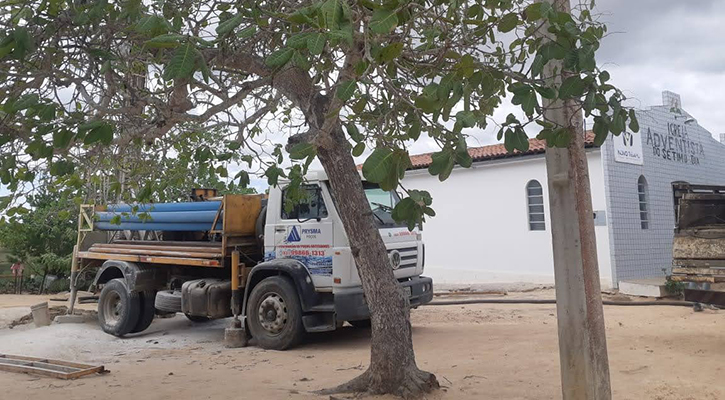 For the rest of their daily water needs, they had to pay for expensive water to be delivered or collect it from nearby ponds. ‘It used to be so hard to get water for our daily activities,’ says church member Luzia de Sousa Lima, who lives next door to the church. ‘We used to have drinking water, but for our everyday needs, we didn’t have anything.’ 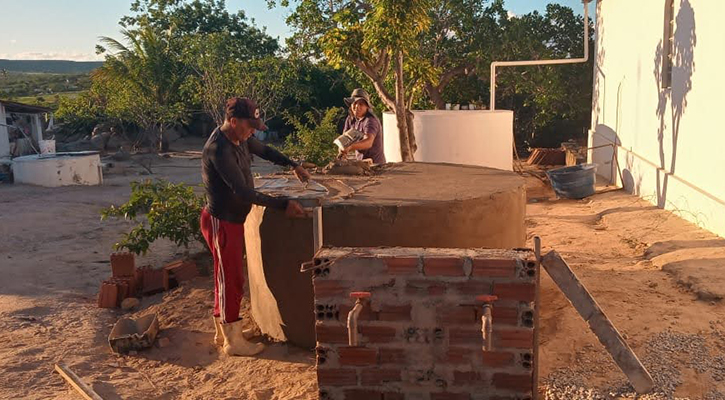 Then, Maranatha came and drilled a new well, hitting plenty of clean, sweet water. The church members constructed a base for the large water tank to sit on, as well as two taps for the community to use. Now, neighbors come to the Adventist church each day, not only to collect this precious resource, but to cool off in the heat of the day. Kids can be seen splashing in a tub of water or getting drenched under an outdoor shower head. 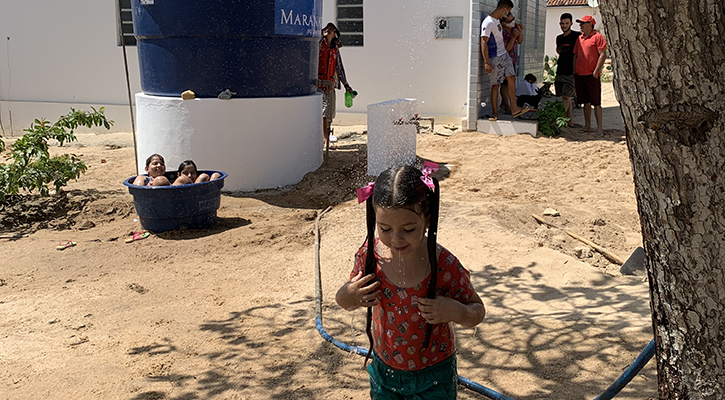 ‘We were so happy when we saw the water coming out!’ said Sousa Lima. ‘I said to myself, ‘God, got us water here?’ We thought there would be no water, but it came. It’s so amazing having this water here, for us, and for the community. People came to use the well for the first time today and they loved it.’ 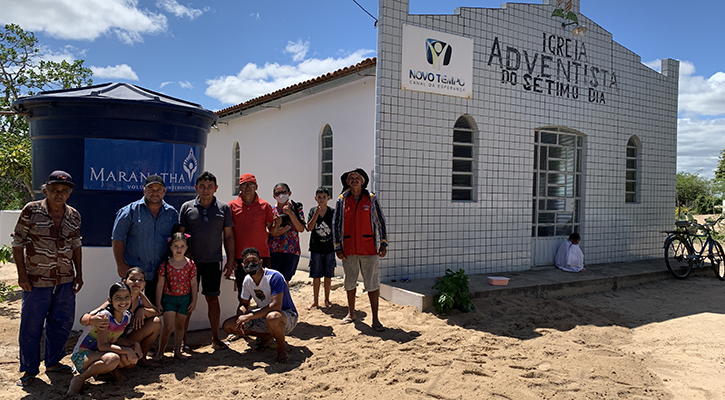 Maranatha has worked in Brazil numerous times throughout the organization’s history. However, Maranatha kicked off a major effort in 2010 to construct churches and schools. Through collaboration with local Adventist leadership, Maranatha completed more than 1,000 projects in Brazil. In 2019, Maranatha began to address a growing water crisis in the dry, northeastern region of the country by drilling water wells at Maranatha-built churches. So far, Maranatha has drilled 106 wells in the country.