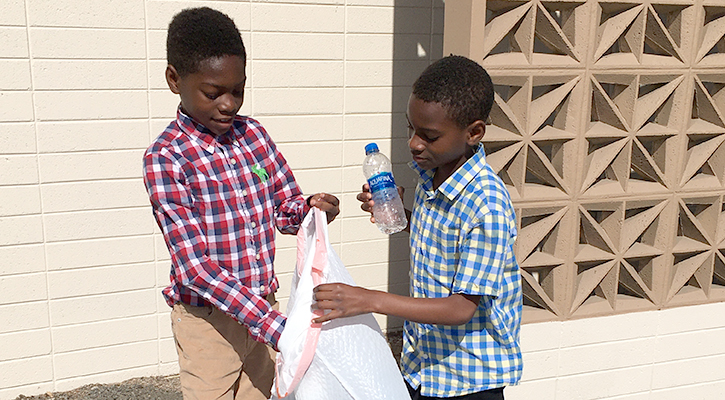 When Dalvyn (8) and Alvin (6) DeVent watched a Maranatha Mission Stories episode on the need for water in Kenya, they were disheartened. They couldn’t believe that the children and parents on the program had no clean water to drink.

Their grandmother, Kate Edwards, suggested they do something about it. With her help, Dalvyn and Alvin decided to collect bottles and cans to deposit at the local recycling center for a cash rebate. For months, the boys collected from residents in Kate’s neighborhood and at Kate’s school where she teaches.

They loaded bags of recyclables into Kate’s car, which became so full it was impossible for the boys to ride with her to the recycling center. They raised $40 but wanted to give more. So they began another round of collecting, and months later they sent even more bottles and cans to the recycling center for another $54.

In total, they raised $94, and their grandma matched their gift to send nearly $200 to Maranatha to help the water drilling efforts in Kenya.