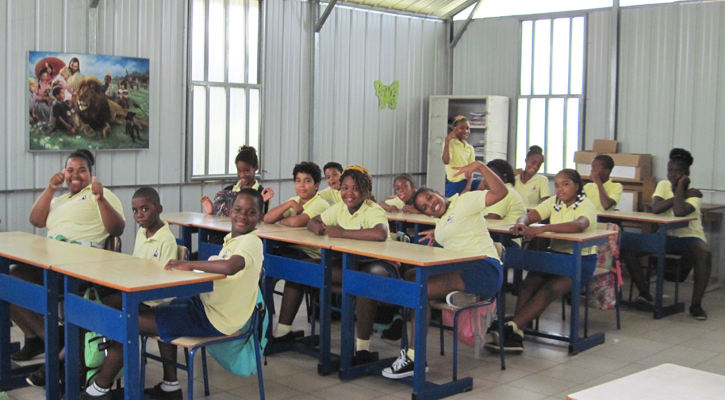 It’s not often that a volunteer returns to the site of a mission trip. But for two volunteers, Russell and Valerie Laird, the opportunity presented itself when a cruise vacation landed them on the island of Curaçao. In 2012, the Lairds were part of the Curaçao Open Team with Maranatha. They helped to build a new campus for the Mahuma Sur Primary Adventist School.

While on the island, the Lairds visited the school, reuniting with the principal. They were thrilled to see the school thriving with 265 students. The Lairds reported to Maranatha that the children seemed happy with their campus, as did the teachers and administration.

The One-Day School campus is a replacement for the old Mahuma Sur School, which was destroyed by a tropical storm in 2008. As a temporary fix, students were transported to a facility on a different part of the island—a trip that took hours. The long commute was taxing on the children and their families, but there was no alternative readily available. The “temporary fix” lasted for years, until Maranatha responded to the need.

Read more about the Curaçao project.