A Church for One… 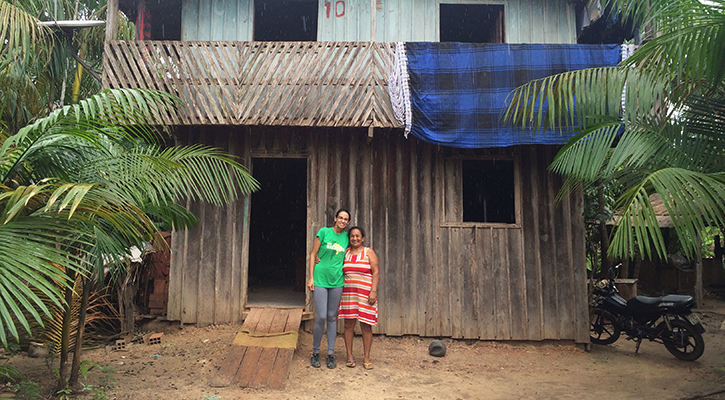 How many people would you have to help to make a mission trip worthwhile? Dozens? Twenty? Five?

What about one? Would you go into the mission field for one person?

This exactly what Rhana Barbosa asking herself when she first met Otimar.

Rhana was leading her first volunteer project in Brazil. The team had been painting several churches in the city of Benevides, located in northern the part of the country. But one of the assignments had been to travel two and a half hours to Moju, a small town in the middle of the Amazon jungle. The goal was to build a One-Day Church for a woman named Otimar.

Otimar lived on the outskirts of town with her husband and three grandchildren. She lived along a secluded dirt road, surrounded by dense jungle for miles around.

Otimar was the only Seventh-day Adventist. 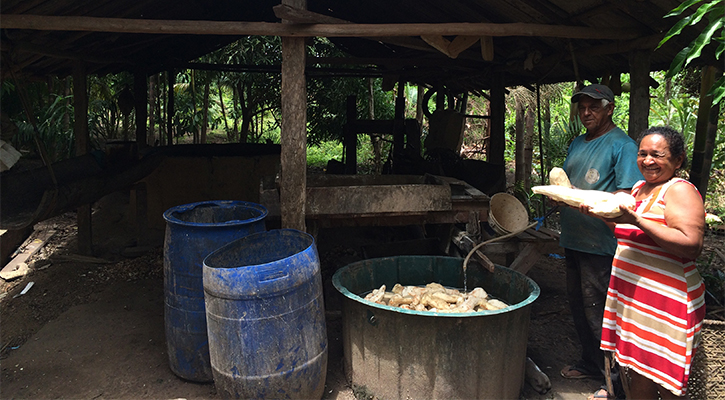 Rhana was incredulous. How did this make any sense?

‘Why are we building a church for one person?’ Thought Rhana. ‘This church has only one member, and it is in the middle of nowhere!’

But this was part of the mission trip, so the small team began to build on the lot next to Otimar’s home.

In the meantime, Rhana got to know Otimar.

When Otimar was a little girl, she used to live along the Amazon River. She knew nothing about Christianity. Then, one day, a man and woman named Leo and Jessie Halliwell arrived in her village. The missionaries met Otimar’s grandmother and told her all about Jesus. She became a Seventh-day Adventist, and soon after, everyone in Otimar’s family was baptized.

Now, Otimar lives in this remote location with no Adventists around. The closest church was an hour away on foot—and she did not own a car. She was hungry for a church community, so she began to pray.

For the past four years, Otimar has been waking up at 4 a.m. to pray for God to build her a church. She prayed fervently for this one request. 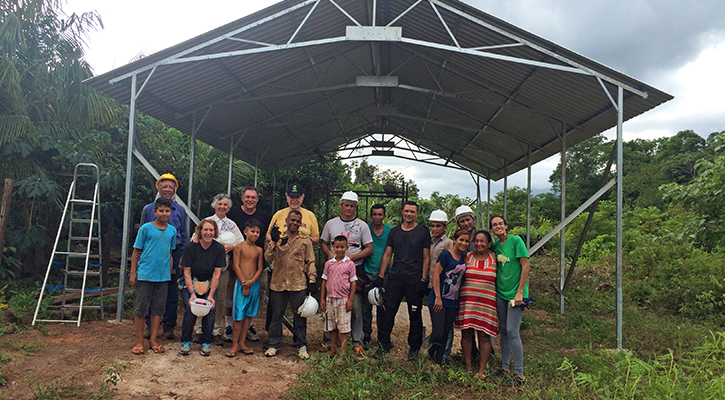 Now, her prayer was being answered, thanks to the help of people like you.

When Otimar saw the volunteers, she ran out of her home to hug them. She was crying and full of joy and gratitude. To Rhana, a church for one person had felt like a waste of time and resources. To Otimar, it was a miracle.

That day, Rhana and her team of volunteers finished the church and said farewell. Then, five months later, Maranatha received a report from Moju. It appears that Otimar has been busy.

‘They now have 20 baptized members. And six more are receiving Bible studies,’ says Rhana. ‘If Maranatha hadn’t gone to Moju, maybe those people wouldn’t have heard about Jesus.”

It was one day of work, for one church, for one member. And now 26 had discovered the Gospel.

“Jesus showed me that we must continue doing what we do with Maranatha—even if it means going to the ends of the earth for just one person,’ says Rhana.

Brazil has one of the largest Seventh-day Adventist memberships in the world with more than 1.2 million people and growing. But there aren’t enough places to worship. Since 2011, Maranatha has been building One-Day Churches in locations all over Brazil. Thanks to supporters like you, Maranatha has built nearly 1,000 churches in Brazil. Thank you! But we are not finished yet. Brazil’s passion for the Gospel has created a huge need, and they need your help.

Make a donation to the One-Day Church program in Brazil by sponsoring a share for $1,500 or sponsor an entire kit for $4,500.