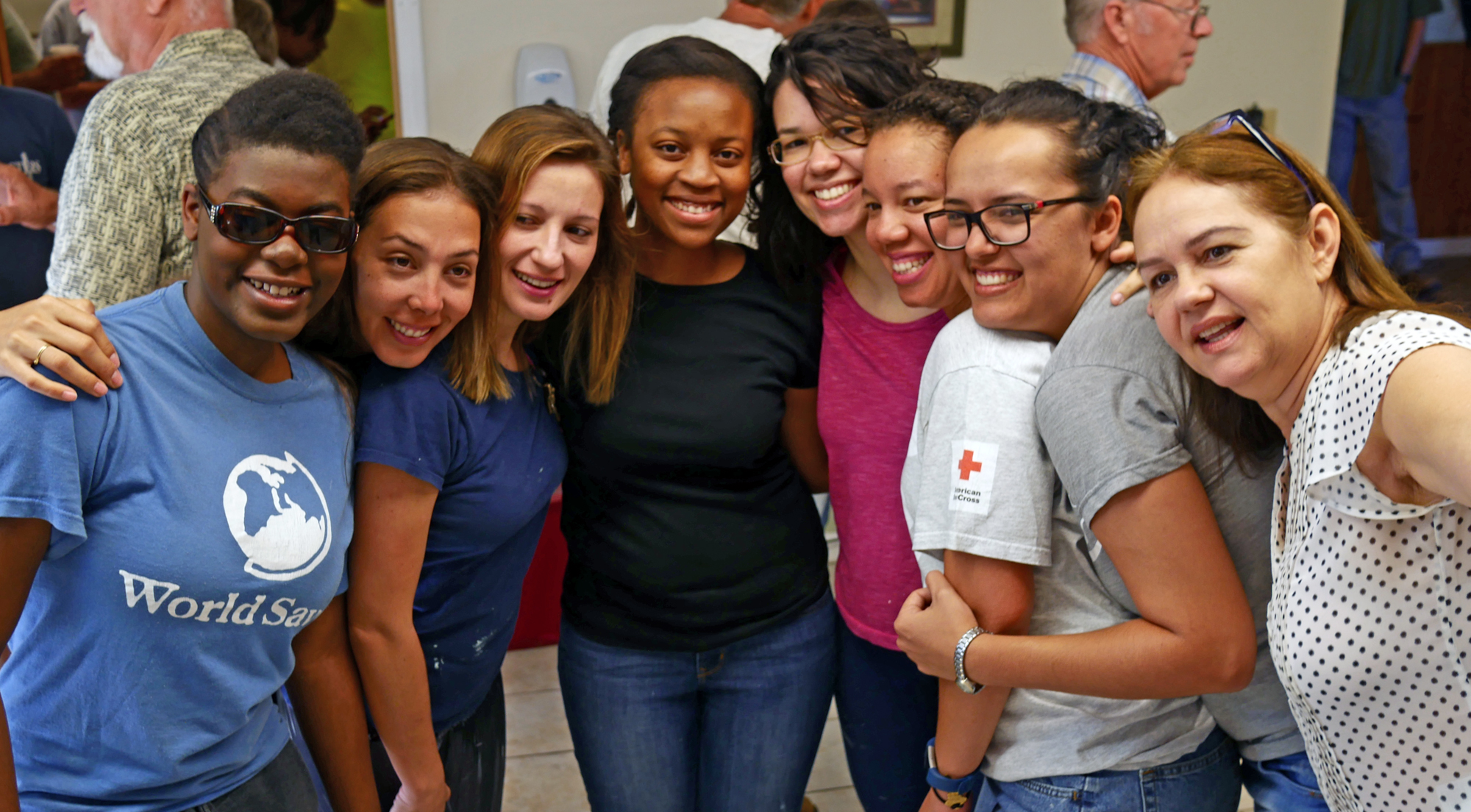 In July, a total of 85 volunteers spent nearly two weeks on major renovation projects at Union Springs Academy, a Seventh-day Adventist boarding school in western New York. Much of the work focused on the boys and girls dormitories, where crews painted, removed carpet, and installed new flooring. Volunteers also replaced the roof of the campus church and assisted with landscaping.

The Brazil volunteers were recruited through Maranatha Brazil’s social media channels. This is the first time Maranatha has actively recruited international volunteers for a North America project. Since 2015, following the establishment of a Maranatha Brazil office and the debut of a Portuguese-language television show, Maranatha Histórias Missão, there has been a growing interest in short-term service from Brazilian Seventh-day Adventists. Maranatha has coordinated multiple mission trips to places such as Angola, India, and within Brazil.

At first, the Maranatha team in Brazil wasn’t sure if people would respond to a project in the United States. But within days of posting the opportunity on social media, all the available slots were filled.

‘The United States is an attractive option because many Brazilians welcome the chance to practice their English,’ says Lisandro Staut, a consultant on Maranatha Histórias Missão. ‘They also want to visit the United States–all while serving on a project.’

This was the first Maranatha mission trip for the Brazilian volunteers, and Staut reports that they had a great time. While only two Brazilians were fluent in English, everyone integrated well and language was never a problem.

‘We knew all the songs at worship, and we would just sing the same song in Portuguese. The Brazilians have also been taking turns, along with the other volunteers, giving worship,’ says Staut. ‘The Brazilian volunteers have told me they want to come on more projects to the U.S.’

David Woods, director of North America projects and construction superintendent on the Union Springs Academy project, says that the diversity of the volunteer team has been a positive experience for all the participants.

‘I think it was encouraging for the stateside volunteers to meet people from other countries who are willing to take personal time and money to help us. We’re used to seeing Americans do this overseas, but this is a new paradigm, and everyone appreciates it,’ says Woods.

This year, Maranatha has more than 70 service projects scheduled in a dozen countries around the world. Approximately 38% of the projects are in the United States, assisting domestic organizations.