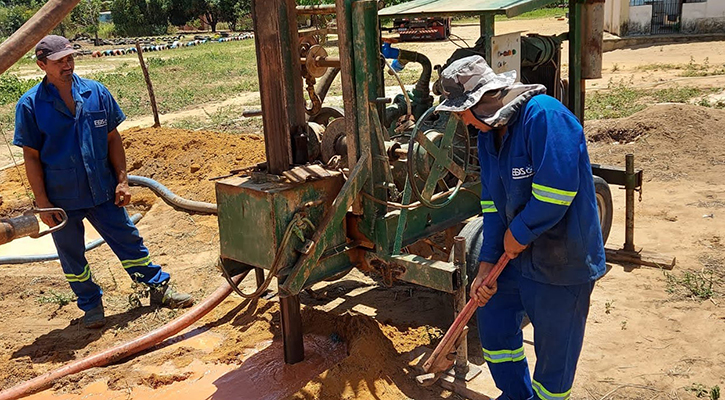 Maranatha Volunteers International has been busy in the desert region of Brazil, drilling water wells in the dry northeastern part of the country. Little rain falls here, so residents must either pay for water delivery they cannot afford or collect dirty water.

These issues aren’t a concern anymore for the Pitimbu Seventh-day Adventist Church. We finished drilling a well here that has an output of more than 1,000 gallons per hour. The congregation recently held a dedication service, inviting their neighbors to use this free resource. 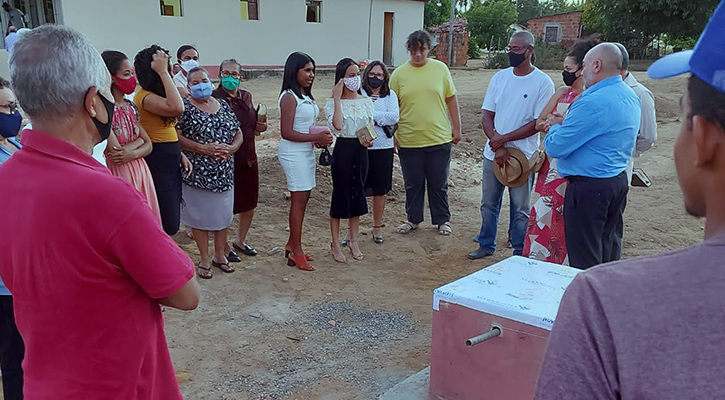 Maranatha also completed a well for the Sítio Cabaceiras Seventh-day Adventist congregation, where Maranatha previously constructed a One-Day Church. Members had been working to finish the walls themselves, but with no nearby water to mix stucco, the work stalled out. Today, members have easily accessible water to complete the job, right at the church site. 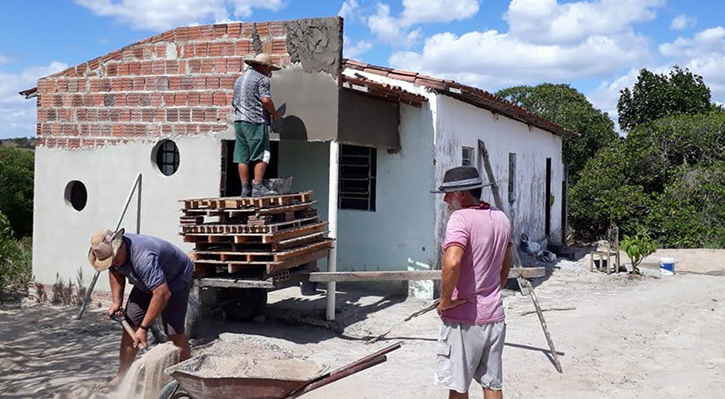 In the past month, Maranatha hit water for the Sítio Furnas and Moita dos Pulças Seventh-day Adventist Churches as well. Both of these communities now have abundant, clean water close at hand too.

Maranatha has worked in Brazil numerous times throughout the organization’s history. However, Maranatha kicked off a major effort in 2010 to construct churches and schools. Through collaboration with local Adventist leadership, Maranatha completed more than 1,000 projects in Brazil. In 2019, Maranatha began to address a growing water crisis in the dry, northeastern region of the country by drilling water wells at Maranatha-built churches. So far, Maranatha has drilled 85 wells in the country.