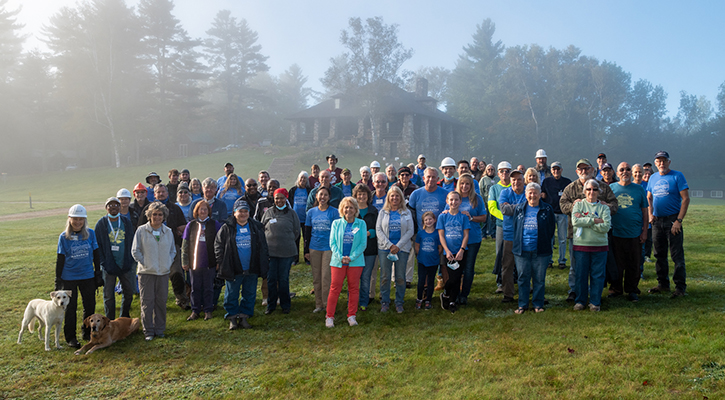 Maranatha Volunteers International is wrapping up its latest project at Camp Lawroweld in Maine, where 62 volunteers between the ages of seven and 78 completed a wide variety of tasks at this summer camp. One of the main projects was the complete gutting and renovation of the camp’s medical building, including electrical and plumbing. New pine paneling was coated in urethane and installed in the floor, walls, and ceilings. After conducting demolition in the medical building, the demo team moved to a boardwalk to dismantle old wooden planks that had rotted. Down at Lake Webb’s shore, a group of volunteers repaired decking—they also added two sets of steps and railing. 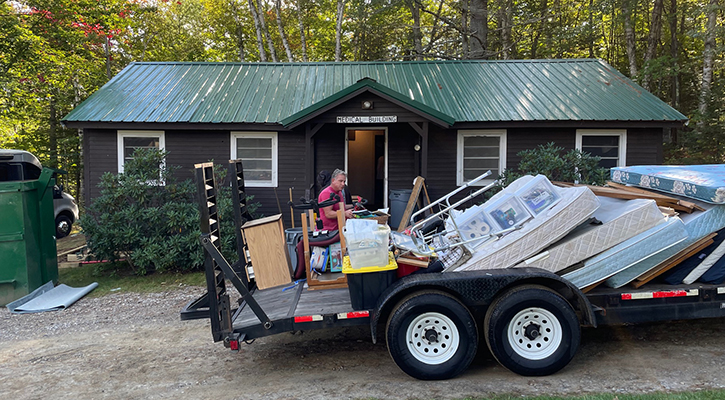 “The volunteers’ determination, energy, and commitment to tackle any task inspires me every day,” said project coordinator and Maranatha’s Medical Services Coordinator, Susan Woods. “We have about 20 volunteers who served here during the previous two projects this spring and last fall. They are enthusiastic about all the progress they’ve seen and been a part of. Twenty-two volunteers are brand new to Maranatha projects and are thoroughly enjoying this service opportunity.” 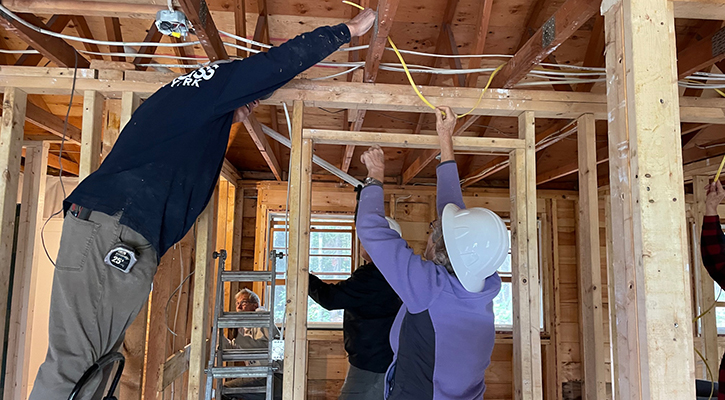 An electrical team bounced around the camp, working on multiple projects at different locations. One crew cut and hauled firewood to another team of volunteers who split and stacked it. Another task was harvesting cedar poles from the forest and making fence posts for the horse corral. Three volunteers repaired stone steps and other stone work leading up to the camp lodge. Many other smaller repairs were completed across the campus as well.

A number of volunteers also helped to pour concrete foundations for two existing cabins and a new Pathfinder pavilion. This involved preparation before the pour, clean up, and the placement of skirting around the two cabins that received new foundations. 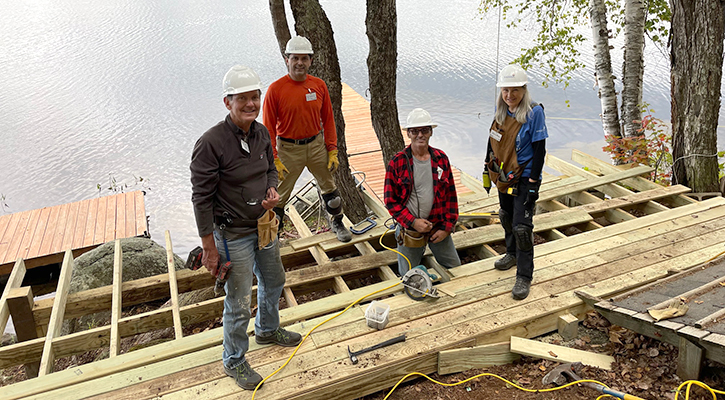 The hard work of the volunteers was not lost on Trevor Schlisner, youth director for the Seventh-day Adventist Church in Northern New England, and Camp Lawroweld Director. “Every day I have to pinch myself that people would give up their time, energy, and money to give for the cause of Christ and children,” said Schlisner. “It’s surreal. The volunteers have made a huge difference here.” 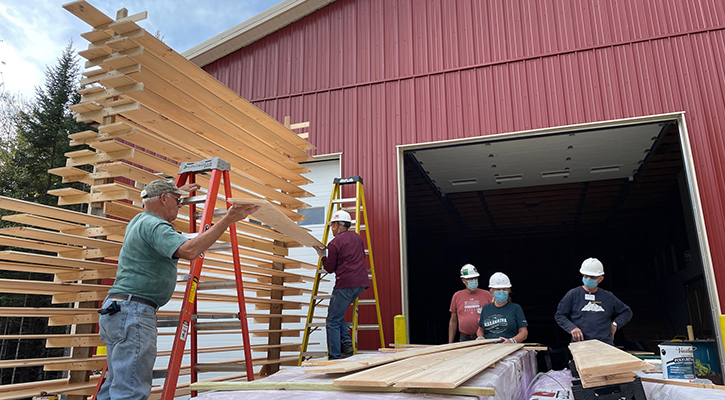