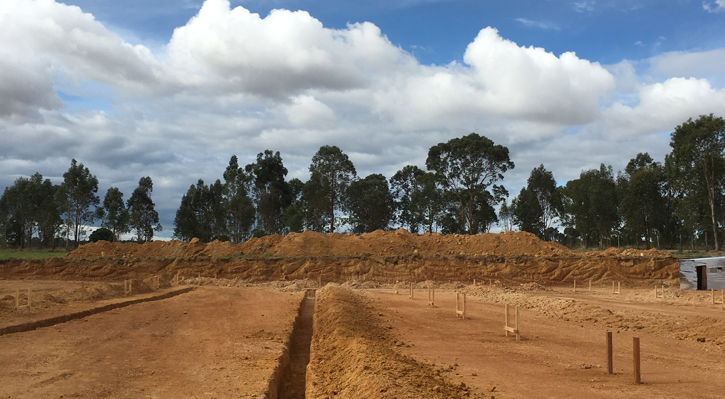 Construction has started on a large school campus in Huambo, Angola, as part of Maranatha’s construction effort in the country. The project is the first of several schools planned for Angola.

The school being constructed in Huambo is an Education and Evangelism Center, which will have an auditorium and 12 classrooms. The campus is located in a new section of Huambo that is being developed by the government, and this will be one of the first schools in the area. Seventh-day Adventist Church officials estimate that the building will serve a minimum of 1,000 high school students each year.

Huambo, formerly called Nova Lisboa (New Lisbon), is one of the largest city in the country with a population of more than 665,000 people. It was once known for its beautiful colonial architecture, but war destroyed nearly every part of the city.

In addition to the school in Huambo, Maranatha will be constructing 200 One-Day School classrooms throughout Angola. Maranatha has been building One-Day Churches at more than 200 locations in the country since 2013.