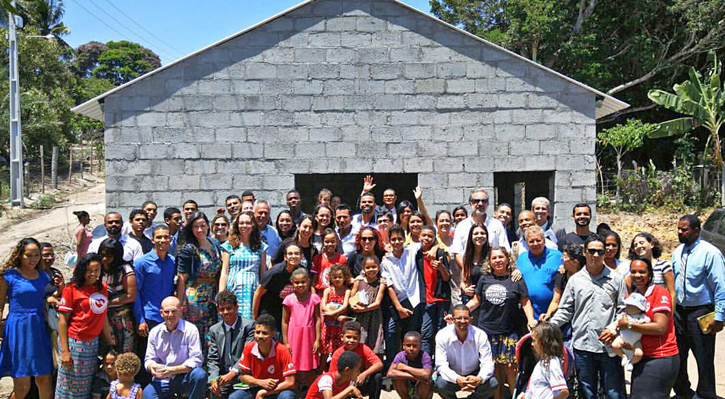 It’s been just eight months since Maranatha launched a Portuguese version of Maranatha Mission Stories in Brazil, and the country has responded with great enthusiasm to the idea of service. Already, Maranatha’s team in Brazil has organized two mission trips; the first was to Angola in August and most recently, a group worked in northeastern Brazil.

In November, 17 participants—all from Brazil—traveled to the city of Salvador to build the Açu da Torre church. Currently, this area has little to no Seventh-day Adventist presence, and the new church is part of an initiative by the Adventist Church in Brazil to plant 1,000 churches in this part of the country. The new church is to serve as a catalyst to grow a new congregation.

In addition to the church building, volunteers organized a health fair for the community and offered a Vacation Bible School program.

Since the show debuted in April, the volunteer interest list in Brazil has grown to more than 1,500 names.

Maranatha Histórias de Missão airs three times a week on Novo Tempo, a Seventh-day Adventist television and radio network, and can be viewed in South America, as well as Europe and parts of Africa.