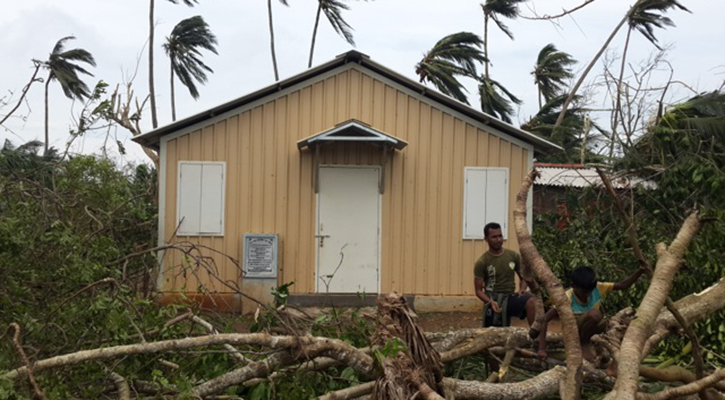 A few weeks ago, a severe cyclone struck the state of Odisha in India. Nearly one million people were evacuated from their homes, and as a result of this government action, the death toll was relatively low compared to similar storms in India’s past.

However, tens of thousands of homes and structures were destroyed. After the storm, Maranatha’s team checked on One-Day Churches built in Odisha. Tackling debris from the aftermath of the cyclone, team members reached the church in Golpalpur. Toppled trees were stacked around the building, torn from the ground by 155 miles per hour winds. But the church was still standing with hardly had a scratch.