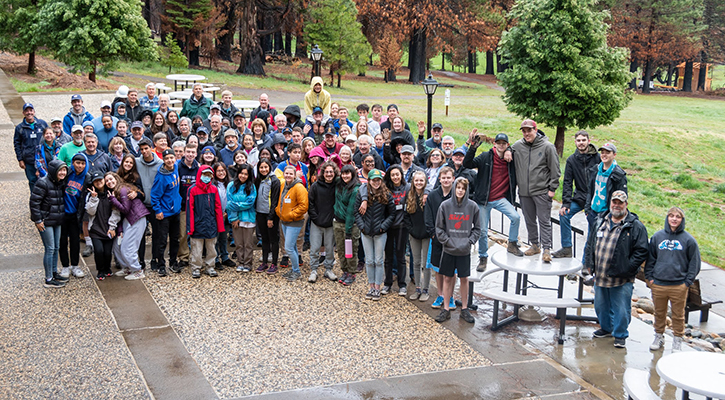 Six months after the Caldor Fire ripped through its property, Leoni Meadows Camp and Retreat Center is getting back on its feet with the help of 141 friends. From April 7 to 21, Maranatha Volunteers International held a mission project at the camp to help with recovery and reconstruction efforts.

“It’s nuts. I mean, I made a list of like 4,000 things for them to do, and Maranatha got here and about one day into it, they wanted to know if there were more jobs to do because they had already pretty much gotten the ones I had given them,” says Craig Heinrich, executive director of Leoni Meadows. 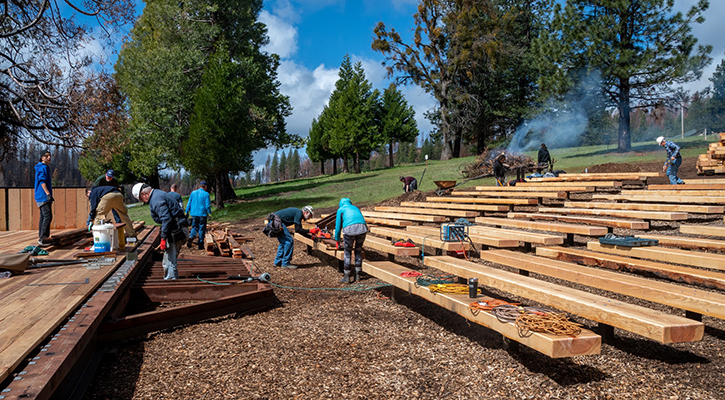 Heinrich may have been exaggerating about the 4,000 items, but the 141 volunteers who came through camp did accomplish a long list of tasks, such as clearing debris, splitting felled trees, repairing the railroad track, rebuilding the amphitheater, and constructing decks, pump houses, and sheds. At the main lodge, which suffered smoke damage, volunteers installed new vanities, painted all the rooms, scrubbed walls and windows, cleaned furniture, and washed linens–an estimated 130 loads of laundry. 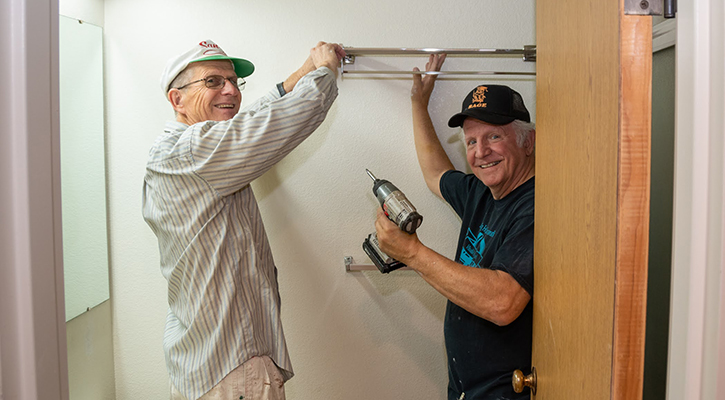 For volunteer Ron Gaudrealt, from Grass Valley, California, the work was personal. “My grandkids went to camp here. One of my daughters went to camp here… I’ve come to men’s retreats so it holds just a very special place in our hearts,” he says. “So when we heard that this project was happening, we had to sign up.”

Now, thanks to the work of Maranatha volunteers, Heinrich says they are expecting the camp to open for the summer season.

“This project came together because Maranatha has the skill set to bring volunteers in and do really profitable, very appropriate projects at camp. We can’t have camp without certain things running, and so much of that needed to be rebuilt in order for us to have camp,” says Heinrich. “I knew that Maranatha, A, had the expertise, but B, they had the people power to put us back in the running for ministry at camp.” 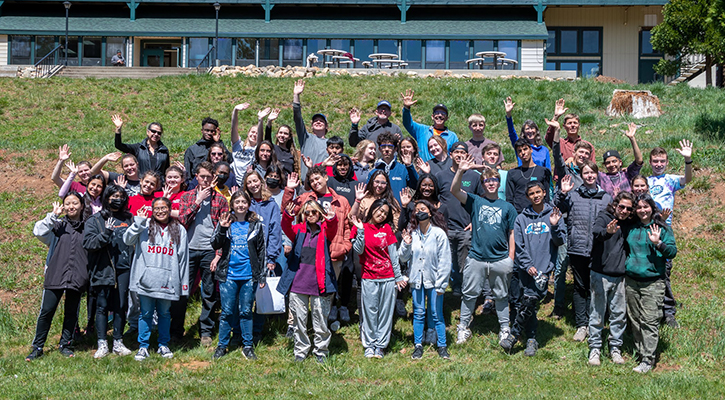