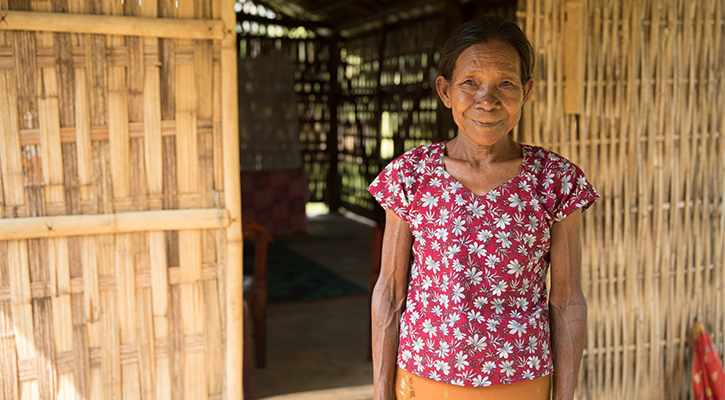 The group was initially promised a prime meeting spot, but was later denied. Where would they go? Surely, God’s plan for Snalgre would not be foiled.

After searching the village, they discovered a house where they could host the campaign. However, the homeowner was an alcoholic and his wife, Paljak Marak, had recently sustained a head injury. Paljak did not attend the meetings, but she could hear the preaching each day as she lay in bed.

As God spoke to her heart, Paljak and her husband eventually decided to be baptized!

They joined a growing congregation in Snalgre that worshipped together in their newfound faith, even if they had no proper church to worship in.

Recently, a generous donor provided funds to build a new church for Paljak and her fellow members, and Maranatha was able to construct a new place of worship. An additional blessing is that the current church is next to their house. 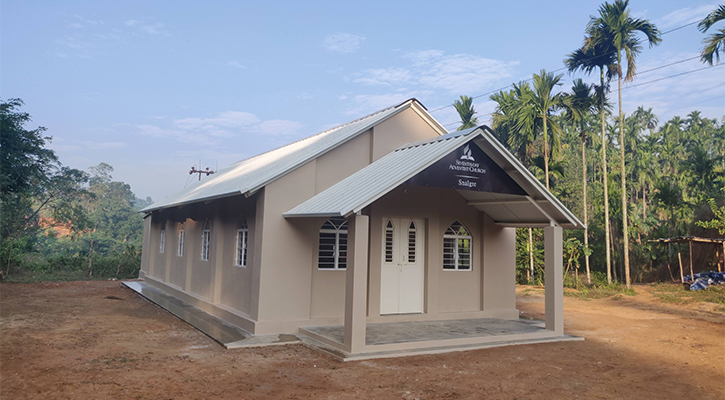 Maranatha is grateful for the donor who provided a new spiritual home to people like Paljak. This budding group of believers now has a base from which to share God’s love in their community–thanks to people, like you, who are willing to support the mission of Maranatha.

There are many more congregations who are forced to cram into people’s homes or meet outside in the elements. Please continue to give to Maranatha’s church construction projects around the world.