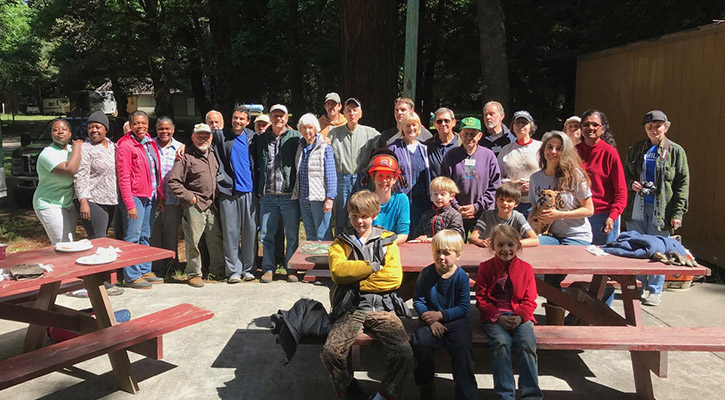 When one thinks of Maranatha Volunteers International, images of exotic locales, foreign languages, and different cultures may come to mind. And for good reason–over the past half-century, Maranatha has been active in 87 countries around the world. However, there are also many needs in North America, and Maranatha is answering the call with a host of projects in the summer of 2018.

Maranatha has always served in North America, but in the past, projects came sporadically. However, in the last few years, a concerted effort was made to allocate more resources to developing the growing number of requests received.

David Woods was designated as North American Project Director in 2015. “To be more intentional in our response, we have connected with Union and Conference leadership to share what we are doing for churches, schools, and summer camps,” says Woods. “We’ve asked them to share their needs, and are also working with North American Division (NAD) leadership to formulate a protocol for churches and schools interested in constructing new buildings.”

Maranatha’s Vice President of Projects, Kyle Fiess, believes it has been paying off. “We’ve seen a significant increase in the number of projects we’re able to handle and more intentional collaboration with the NAD,” says Fiess. In 2017, Maranatha coordinated 27 projects in North America throughout the year. The summer months alone in 2018 will see 16 projects completed in North America by an estimated 700 volunteers.