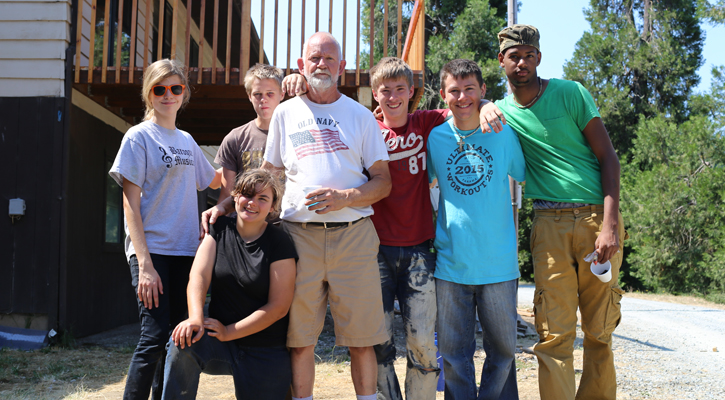 Approximately 90 people participated in the mission trip at Milo Adventist Academy, a third of whom were Milo students enrolled in a summer work program. The rest of the volunteers were from all over the United States, and one who came all the way from the Bahamas.

On the project, volunteers demolished old decks and rebuilt new ones on staff housing, painted the interior of the boys and girls dorms, and completed several landscaping projects on the sprawling academy grounds.

In addition to the work on campus, some teens participated in outreach projects. One of the projects involved conducting a door-to-door survey in Canyonville, a city near the academy. Volunteers walked from door-to-door, asking community members about what services they would appreciate most, such as cooking classes, health seminars, or yard work. They also did some cleanup work at a teen shelter in Medford.

This is Maranatha’s 25th year coordinating the Ultimate Workout, a mission trip just for teenagers in high school. This is the first of two Ultimate Workout projects this summer. The second will be in mid-July in Panama with over 150 volunteers.