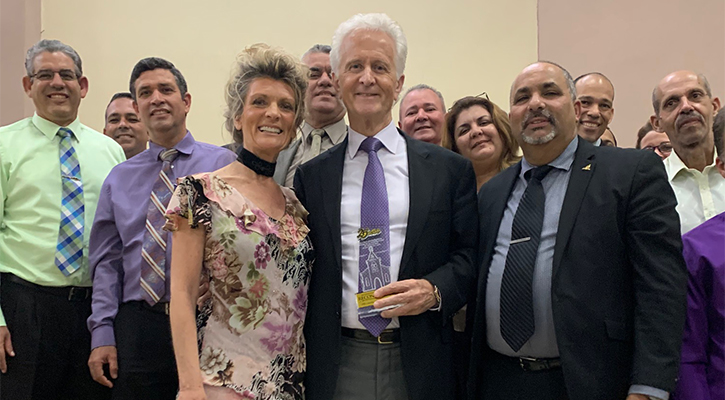 On November 20, 2019, the Seventh-day Adventist Church in Cuba celebrated 25 years of Maranatha Volunteers International’s work in that country. The anniversary was marked by a commemorative service on the campus of the Cuba Adventist Theological Seminary in Havana, constructed by Maranatha between 1995-1997.

Maranatha President Don Noble and wife Laura, helped mark the milestone, which was attended by Adventist Church leaders from around Cuba, nearly all of whom graduated from the seminary. The festivities included a tour of the campus, a presentation of plaques, speeches by church leadership, and Maranatha’s 50th anniversary video on the work in Cuba. 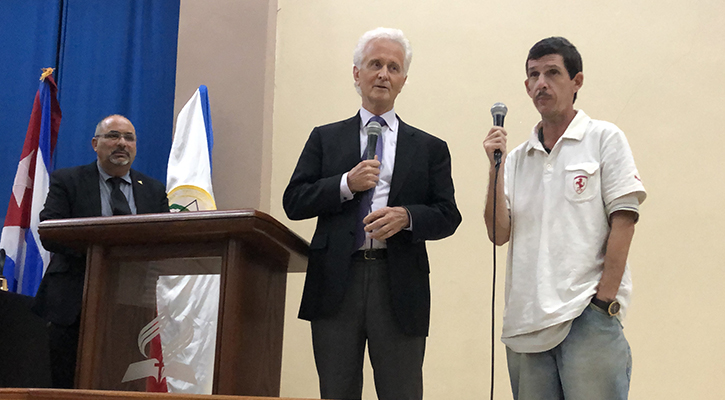 ‘When we started in Cuba, we had no idea where it was going,’ says Noble. ‘We didn’t know if we could do anything. Now, we look back as if the results were inevitable. But in the beginning, we didn’t know where God was leading us.’

Maranatha’s work in Cuba began in 1994, with the simple hope of building one church. Over the years, more than 200 churches were constructed or renovated and 600 students educated in the seminary. Church membership on the island increased from 12,000 to more than 35,000. The Adventist Church in Cuba was forever changed. 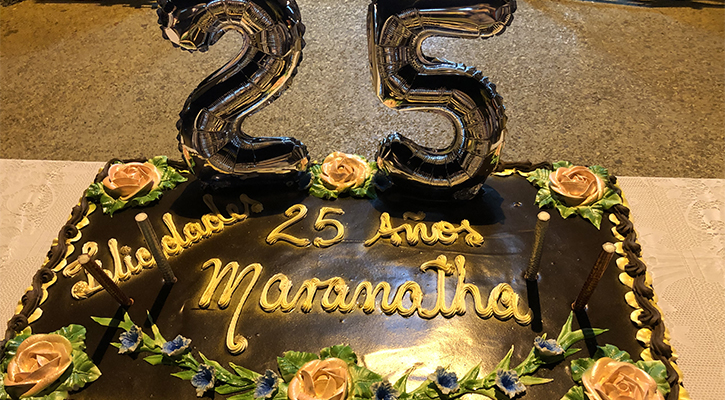 ‘It’s easy to look back and say, ‘Oh yeah, that’s an obvious decision to go into Cuba–you help out and the church grows,’ says Noble. ‘But when you’re first starting, you don’t know any of that. However, after this long period of time and the impact on the church, it’s very clear that God was leading what was happening there.’

Recently, Maranatha completed a 500-seat church in the city of Cardenas and a renovation project at San Antonio de los Baños, located on the western side of the island.

Watch Maranatha’s 50th anniversary video on the work in Cuba.