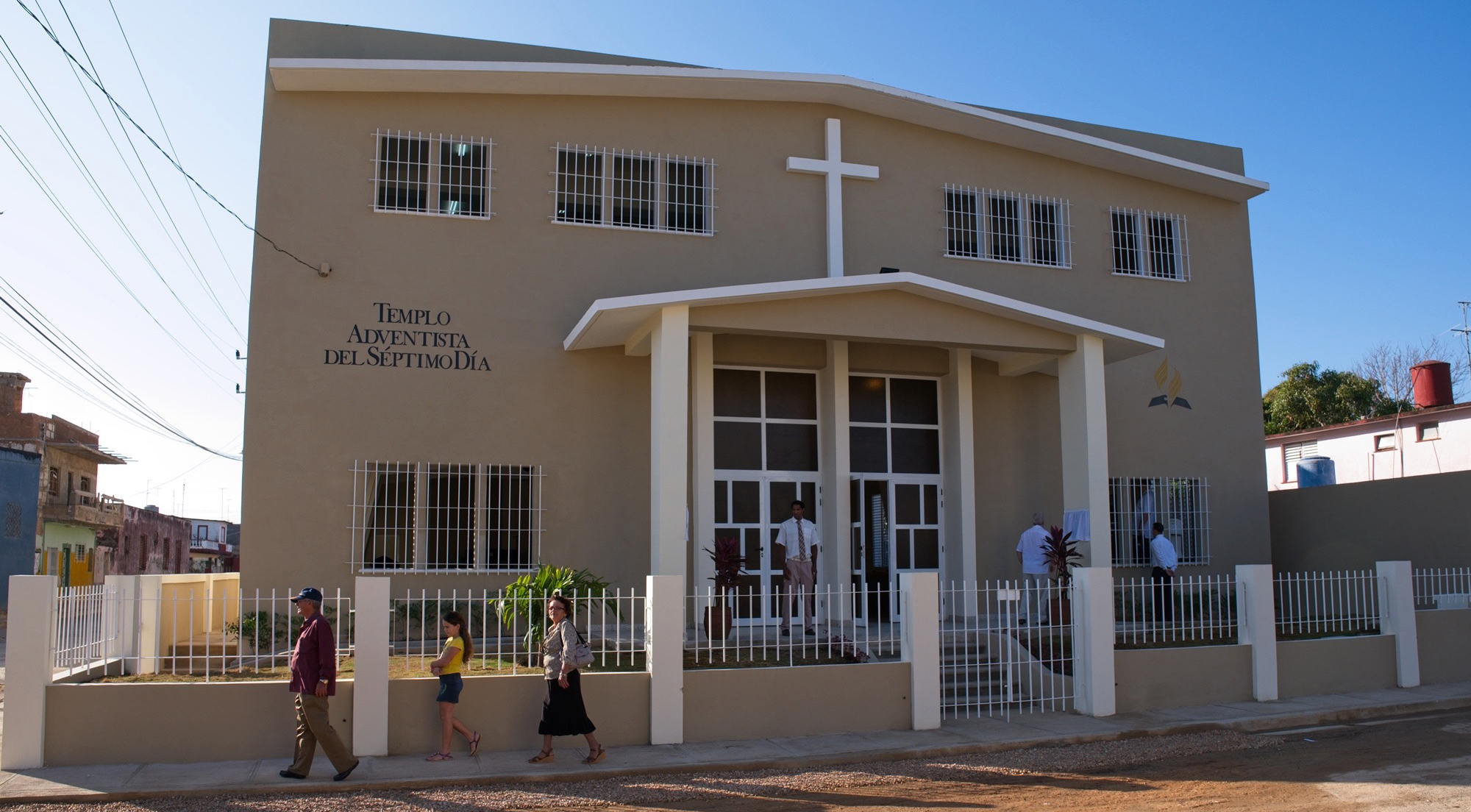 It was standing room only at the dedication of the Cardenas Seventh-day Adventist Church in Cuba, April 22, 2017. More than 1,200 people gathered to witness the opening of the long-awaited church, including representatives from the Cuban government and the Seventh-day Adventist World Church.

“This will be a place to meet God every week,” said Joel Aldo Perez, president of the Adventist Church in Cuba, during the ceremony. “Let’s make this a place of peace, of hope, of worship. Let’s come here every Sabbath to give God the glory.”

The celebration marks the answer to a decades-long prayer by the Cardenas congregation. The Adventist faith first came to Cardenas in the 1930s, and it was another 30 years before the congregation built a small church. The group worshipped in the cramped space for decades, all the while praying for a larger place. In the meantime, the members endured many tribulations; from persecution for their faith to the shame of worshipping in a tiny, rundown building.

Despite the challenges, the congregation continued to increase until they outgrew their space. For decades, half the group sat inside with the other half perched outside the front doors, under the scant shade of a makeshift awning.

The members persevered, trusting that God would provide a new church. And in the 1990s, the answer arrived in the form of Maranatha—or so it seemed.

Maranatha renovated and constructed approximately 200 projects in Cuba, including a seminary in Havana. But Cardenas was not among those who received a new church. Complications with permits, land attainment, and other problems delayed the process. Then in 2015, after more than 20 years of persistence, Maranatha received permission to build.

“God had a plan for Cardenas. There were all kinds of delays, challenges, but what’s marvelous about this is the Adventist church in Cardenas never stopped praying. They maintained their faith, their confidence that someday their church would be rebuilt,” said Fontaine. 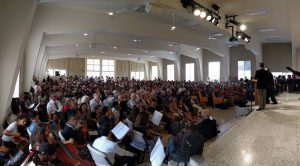 The new Cardenas church is 12,000 square feet and has seating for 500 people in the main sanctuary, with more on the second floor. The two rooms can be connected by closed circuit television. There are Sabbath school classrooms, a fellowship hall, bathrooms, and even showers. The building was designed to accommodate worship for the local congregation while also serving as a place for convocations and retreats.

And just hours after the dedication, Cardenas held their first evangelistic series in the new church, welcoming hundreds of people.

Read the Adventist Review story on the Cardenas dedication.