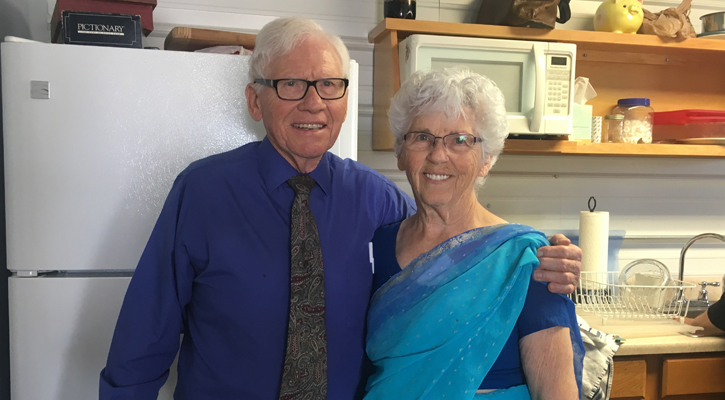 Since 2007, Carol and Roger Meharry have been packing every winter and heading south from their home in Idaho to the warm desert sands of Quartzsite, Arizona. They are part of a growing number of ‘snowbirds’: Retirees living in northern regions who migrate to warmer climates for the colder months. Popular destinations include Florida, Texas, California, and—as is evidenced by the Meharrys’ long-time migration pattern—Arizona.

However, wintering in Quartzsite is not all sunshine and cactus flowers.

The only two nearby Adventist churches were over 30 miles away; one was across the state line in a different time zone. The Meharrys began talking with other snowbirds about their predicament. They discovered that others felt similarly—they wanted the weekly church fellowship but didn’t want to drive so far or deal with changing time zones every week, so most were simply staying home.

“God said if two or three are gathered together, he would be with them,” Carol says. “So we asked some friends of ours if they would help us hold church in our trailer house. They agreed, so we began the following Sabbath with seven of us attending.”

As news of the weekly gathering grew, so did the number of attendees. Eventually, they outgrew the house, and the group—as large as 20 on some weeks—moved into a sizable garage next door.

In the midst of their growth, the group realized their mutual passion for missions. For the Meharrys, it began in 2005 in India on a mission trip with Maranatha Volunteers International.

“It was amazing to watch the people realize that there is a God in Heaven who loves them and takes care of them. It changed their lives,” Carol recalls.

Carol admits it wasn’t just the locals who were affected.

“I left my heart in India,” she says with a catch in her voice. She and Roger returned twice.

Their Maranatha experience left the Meharrys forever dedicated to missions. The Sabbath group was the perfect opportunity to put that passion into action.

As they are not an official group, gathering only seasonally, the Quartzsite group collects no offering. However, with the suggestion to take up offerings to help build churches, schools, and, more recently, wells through Maranatha, the group readily began a weekly collection.

“We’d choose a project based on the amount we collected,” Carol explains. “The first winter we collected around $1,500—enough to sponsor a One-Day Church.”

When the group’s donation had been translated into the church, Maranatha sent them a picture of the structure.

“I framed it and hung it on the wall,” says Carol. “That picture inspired us. We realized we could do mission work from where we were.”

Each year, the amount collected increased. This was not only due to excitement, but also an increase in attendees. The group of 20 that had moved into the garage was now regularly twice that number. When the gem and mineral show came to town, the group swelled to 65. 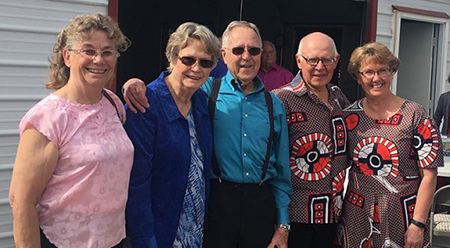 “People hear about us and find us,” Carol says. “We meet so many wonderful people through our little group.”

A pair of snowbirds, one who wintered in Quartzsite, met on a Maranatha mission trip to South America. Their friendship flourished, and in 2017 they were married. They now spend their winters together in Quartzsite.

“They went on a Maranatha trip to Africa for their honeymoon,” says Carol. “When they came that winter, they saw the picture of the One-Day Church we’d sponsored and realized they’d visited that exact site.”

Group drop-ins have become common. Snowbirds will time their drives through Quartzsite to coincide with Sabbath so they can spend the day worshiping and fellowshipping with the group there. The group provides lunch every week so visitors have a place to eat and fellowship.

“We’ve had visitors return just to make a donation,” says Carol. “The zeal for supporting Maranatha is contagious.”

During winter 2017, the Quartzsite group raised enough to sponsor three wells, three churches, and two schools, in addition to sponsoring a child in India through school for a year.

Regular members of the group come from places across North America, including Alaska and Eastern Canada, and though they have home churches, they all remain deeply committed to supporting Maranatha during the winter months in Quartzsite.

“We almost hate to go home at the end of the season,” says Carol with a smile. “There’s such a bond between us.”

Today, the Quartzsite garage wall is covered in framed photos of the projects the group has sponsored over the years.

“We’ll have to start on a different wall next year,” Carol says with a laugh.

What a difference has been made, thanks to the generosity and love of a few dozen snowbirds gathered in the middle of the desert, bonded through faith and service.

“I always thought to be a missionary you needed to go to some foreign country,” Carol admits. “But I’ve come to understand that there are other ways to support the work, and that’s being a missionary, too.”