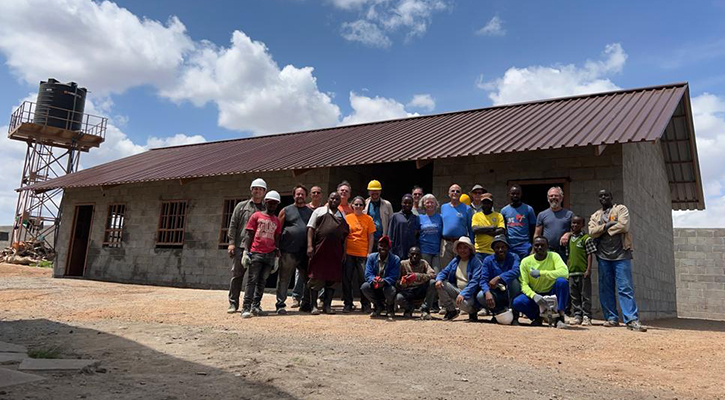 Maranatha volunteers from the SAGE ministry of the Seventh-day Adventist Church in Washington state recently served in Kenya, constructing a new dean’s house at the Kajiado Adventist School and Rescue Center. SAGE stands for “Seniors in Action for God with Excellence,” which is a ministry for ages 50 and above. This is the third time SAGE has worked at the Kajiado school, which serves Maasai girls escaping child marriage. “What takes us back there is the sincerity of the program for those girls,” said longtime SAGE project leader Bob Grady. “You know, kids leaving home at that age would be depressing. To see [what happens at Kajiado] is so encouraging and thrilling for those of us who come back.” 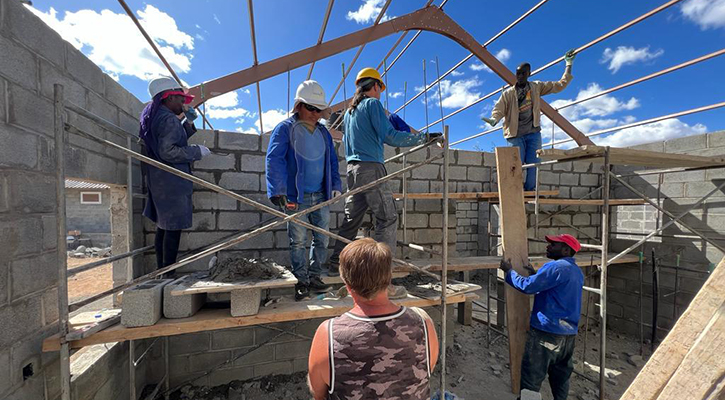 On this trip, the 24 volunteers not only laid block walls but also served the community in other ways. A team facilitated a medical clinic for nearly 900 patients. Other volunteers put on children’s ministry programs in several area villages. The group also held an evangelistic campaign, with nearly 700 total attendees. During the day, volunteers visited villages, inviting residents to the nightly programs. Around 300 people came each night, resulting in 84 baptisms. Volunteers raised close to $6,000 for this campaign. 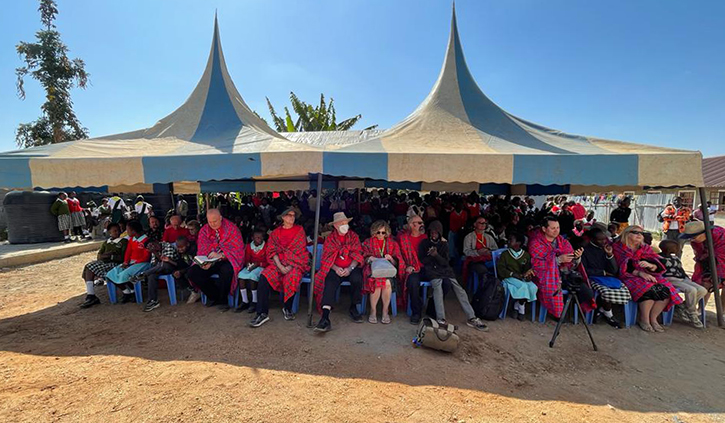 At the end of their project, volunteers participated in a special dedication ceremony for the new dean’s house they worked on. A separate celebration was held for Grady, only a couple months shy of his 90th birthday, in recognition of his final mission trip as a project leader. Over the course of 26 years, Grady led nearly 20 projects with Maranatha. “My heart is sad, it really is,” admitted Grady, who was a career missionary for the Adventist Church. “I have so much in me yet, and I just love it so much. Right now, I’ve got to hang it up. God will provide something else for me to do.” 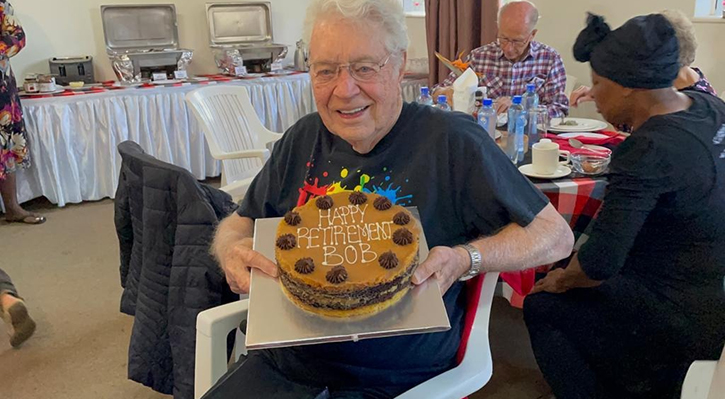 Maranatha has been working in Kenya since 2016, building One-Day Churches, schools, and drilling water wells. More than 650 structures have been completed so far.