About the One-Day Church 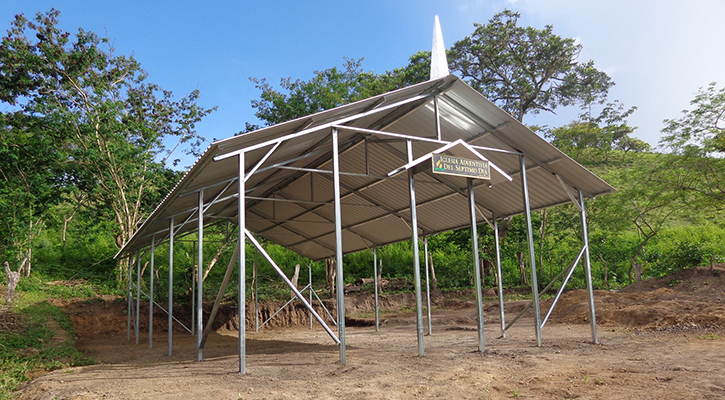 The One-Day Church was born out of the growing need for places of worship. As the Seventh-day Adventist Church membership continued to increase worldwide, people needed churches. Maranatha sought a solution that would be cost-efficient, easy to build, and sturdy.

In late 2007, Maranatha worked with a small team to develop the concept of a steel framework and roof—often the most expensive and unattainable parts for a congregation. The kit could be delivered and built in remote parts of the world. Then the congregations could finish the walls themselves, using local materials.

By the spring of 2008, Maranatha, in partnership with ASI (Adventist-laymen Services and Industries), presented the One-Day Church to the Adventist World Church leadership at meetings in Michigan. A few months later, the very first One-Day Church was built in Ecuador.

In 2011, Maranatha launched the One-Day School. Like the One-Day Church, this kit offered a galvanized steel frame and roof and also included walls, desks, and a chalkboard. A collection of classrooms were used to create an entire school or to augment an existing campus. The first classrooms were constructed in Victoria Falls, Zambia.

To date (March 2020), Maranatha has constructed 5,734 One-Day Churches around the world.

Maranatha relies on the generosity of donors to provide One-Day Churches to congregations in need. Full sponsorship of a One-Day Church kit starts at $7,500, depending on location. You can also sponsor a share at $1,500. Share and full sponsors receive a photo of the finished One-Day Church along with GPS coordinates of the location. To make a gift toward The One-Day Church program or to sponsor an entire kit, make a donation online or call (916) 774-7700.

2015: Maranatha adjusts the design of the One-Day Church and instead of having them manufactured and shipped from the United States, they are fabricated around the world, usually where we are working. 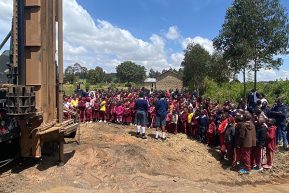 Extensive Work in Kenya Rolls On 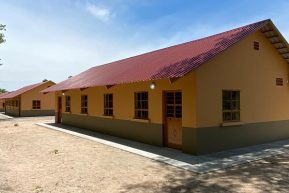 One-Day InfographicThe program in a glance!Check out the illustrated story of the One-Day Church and One-Day School. Filled with interesting facts about the program, this download gives an overview of the program in one easy document!Download: One-Day Structure Infographic